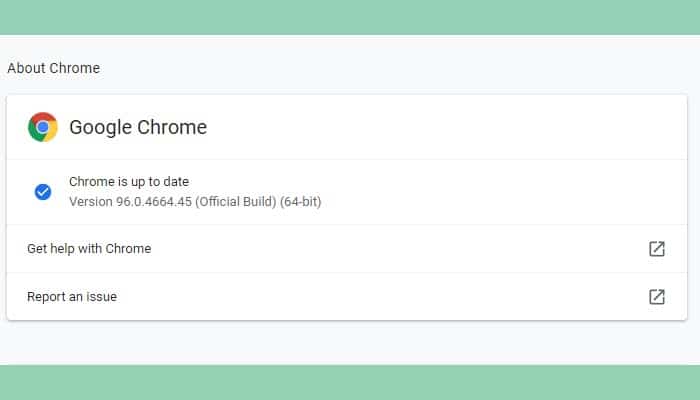 Google Chrome 96 released to the stable channel today for Windows, Mac, and Linux. With the release comes some improvements and security fixes. The update rolls out over the next several days and weeks. For desktop users who wish to implement the update immediately, please visit How to Update Google Chrome for more information. This month’s update includes 25 security fixes, 6 of which have a High priority. If it seems like you just updated from Chrome 95, you would not be wrong. Back in March, Google announced they would begin to speed up Chrome’s release cycle from every six weeks to every four weeks starting with Chrome 94.

Out of 15 newly-added features, below is a list of the key features included in Chrome 96 drawn from chromestatus.com:

Thank you for visiting Tech Help Knowledgebase to learn about Google Chrome 96 released.