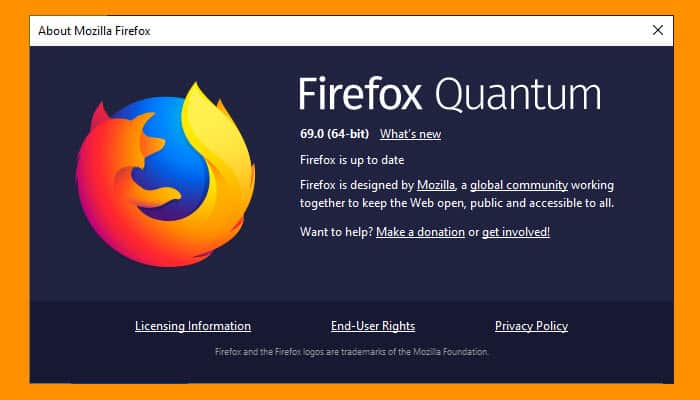 Firefox 69 fixes one critical security flaw reported by Ping Fan (Zetta) Ke of VXRL working with iDefense Labs. CVE-2019-11751 fixes a flaw that could be used to write a log file to an arbitrary location like the Windows Startup folder (impacts Firefox on Windows only).

To improve the security and privacy of Firefox users, Mozilla enabled Standard ETP by default in Firefox 69. In doing so, ETP now blocks third-party tracking cookies and cryptominers by default. Users have the option of choosing the Strict setting to also block fingerprinters.

Firefox 69 adds the option to block all video that starts playing automatically instead of just those with sound.

As most browsers march forward with plans to deprecate Flash content by the end of 2020, Firefox 69 takes a step in that direction too. Firefox no longer displays an option to “Always Activate” Flash for a specified site. Instead, users must give each site permission to activate Flash as detected.

Watch the companion video to see how to use the Firefox 69 features on a step by step basis.

Thank you for visiting Tech Help Knowledgebase to learn about the release of Firefox 69.0.