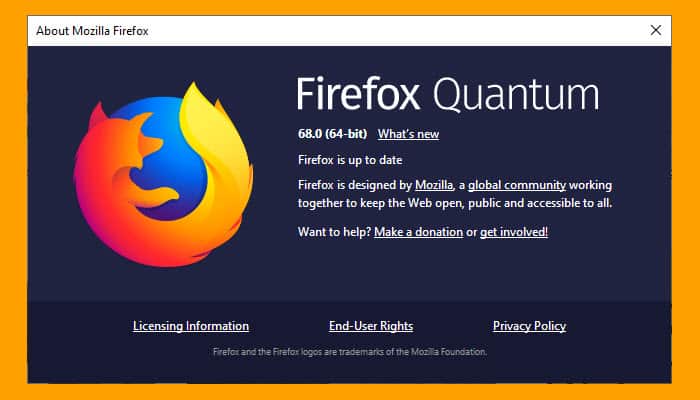 Mozilla released Firefox 68.0 on July 9, 2019, with improved extension security and discovery, a redesigned add-ons manager, dark mode improvements to reader view, WebRender for AMD GPUs, and more. Firefox ESR users also move from ESR version 60 to 68.0esr with this release. Firefox is a free web browser application developed by the Mozilla Foundation. It installs on desktop and laptop computers running Windows, MacOS and Linux operating systems. Mobile Firefox versions exist for both Android and iOS devices. We recommend updating your Firefox installation as soon as possible.

Thank you for visiting Tech Help Knowledgebase to learn about the release of Firefox 68.0.